We were delighted to mark the five year anniversary of Communicate magazine. Communicate magazine was launched after the communications industry had gone through unprecedented change. Since 2008, the magazine has written about corporate social media before the world had adopted Twitter. It has covered the reputational risks of tax management before the mainstream press set their hounds loose on the treasury departments of global companies, it has organised conferences and written about reputation in the oil industry before the Deepwater Horizon incident.

The ‘Five years of communication’ exhibition not only examines these headline stories, but it explores the ways in which communications has changed since 2008. The banking collapse precipitated a massive shift in global business practice. The explosion of digital around the same time affected a different type of change. All of those factors have contributed to the characteristics of corporate communications today. However, it is the journey, as told in this exhibition through Communicate’s coverage, that shows how profoundly the world has been altered since 2008.

“Tax is becoming a reputational weak spot for many companies,” Communicate wrote in 2011. At that time, the Vodafone, Arcadia and HSBC tax avoidance scandals were stealing the headlines. Protests were held on high streets and public dismay erupted as people felt betrayed by their trusted brands. The past two years have seen such heavyweights as Starbucks, Google and Amazon fall to tax avoidance accusations in the UK. Starbucks took the brunt of the blame in the public eye and was compelled to send a public letter to its customers that promised a change in its tax compliance. It’s always easy to illustrate something that all companies do, but illustrating something that they don’t – like paying taxes – represents a greater challenge. 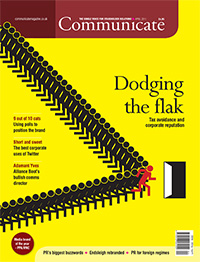 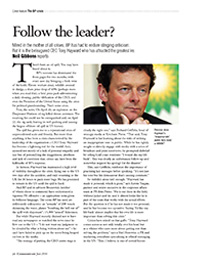 It may be hard to believe, in 2013, that just three years ago, the business community was wary of digital. The communications industry itself, had not fully integrated or embraced digital. Digital strategy was in its infancy, as was corporate use of social media. It fell to digital proponents to encourage these reluctant parties that digital was the way forward. Digital has made leaps forward in business since. There’s no telling what the next three years will bring. This cover has surprisingly generated the most responses of any issue we’ve ever printed. Perhaps it was the due to our decision to transform Twitter’s lovable bird into something far scarier. 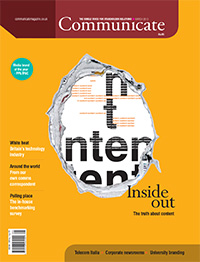 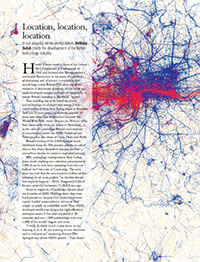 Media relations often has the unsavoury task of communicating difficult or even disastrous news to the media community. Meeting the needs of this audience while maintaining consistency of communications is a skill. The effective media relations professional must always anticipate that internal news will break and must always be prepared to answer difficult questions. If done well, media relations can turn a brewing crisis into nothing more than a routine story. Over the years, Communicate has covered numerous crises in business and in politics that exhibit both the need for and the successful execution of media relations abilities. 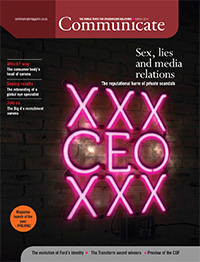 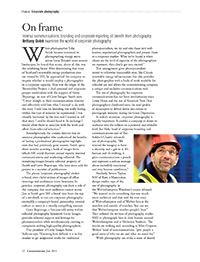 Corporate partnerships and sponsorships are often undertaken to boost brand awareness and reputation. It seems illogical to partner with an organisation that has reputational problems of its own. Yet companies do still engage with these groups, wether it’s in response to the desires of the internal audience, an extension of an existing partnership or a new opportunity that addresses the company’s brand values. They say never work with children or animals, companies that do, despite perception, are often the recipients of rewarding and mutually-beneficial partnerships. Publisher Andrew Thomas showed his age with the selection of this image. Charity boxes have gone out of fashion in recent years, yet they act as an iconic depiction of the sector’s history. 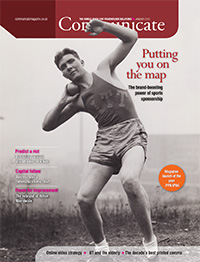 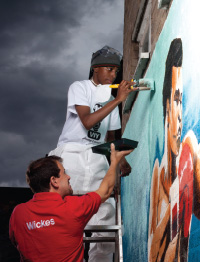 The phrase ‘integrated reporting’ itself draws on a deep-rooted passions from both opponents and proponents. Some think a company’s sustainability strategy and corporate narrative should be reflected in the main annual report. Others find that stakeholders are more interested in the financial news, and the financial news alone. Lately, those in favour have been gaining traction and many annual reports are being revamped to include such information as CSR projects, governance ethos and the employee perspective. But, does integrated reporting really matter to stakeholders? Illustrating corporate reporting can drift into dull territory. With this cover, we wanted to bring to life the integration between sustainability and business strategy. 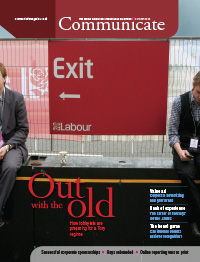 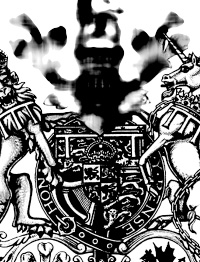